Meet the people that will be providing your exceptional eye care and extraordinary eye wear. 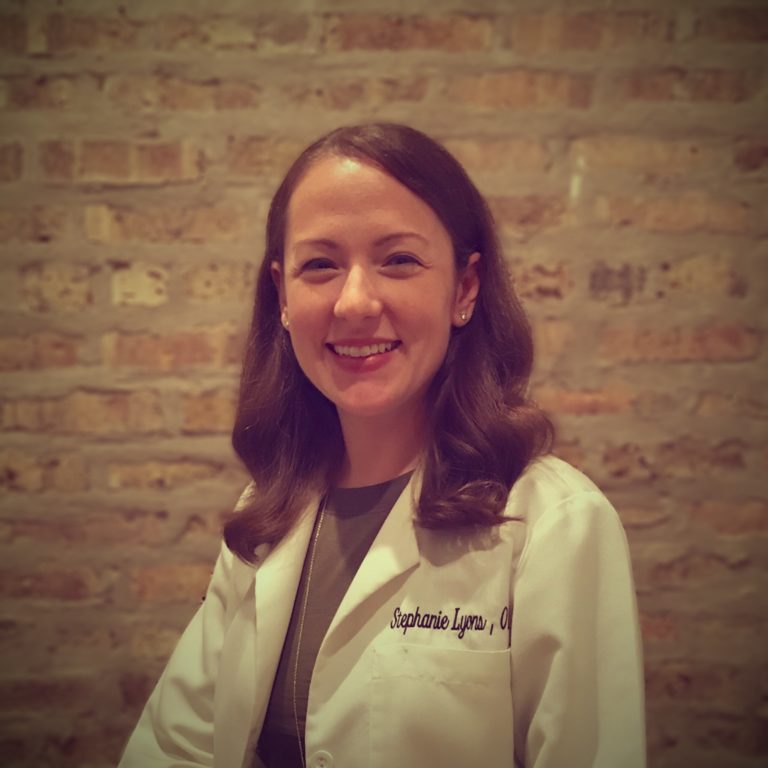 Dr. Lyons is extremely passionate about optometry as well as public eye care education. She is a leader among her profession who has written for the American Optometric Association’s nationally distributed newsletter for the Contact Lens and Cornea Section. She also is a regular contributor to practice management publications and has experience training both optometry and medical students. 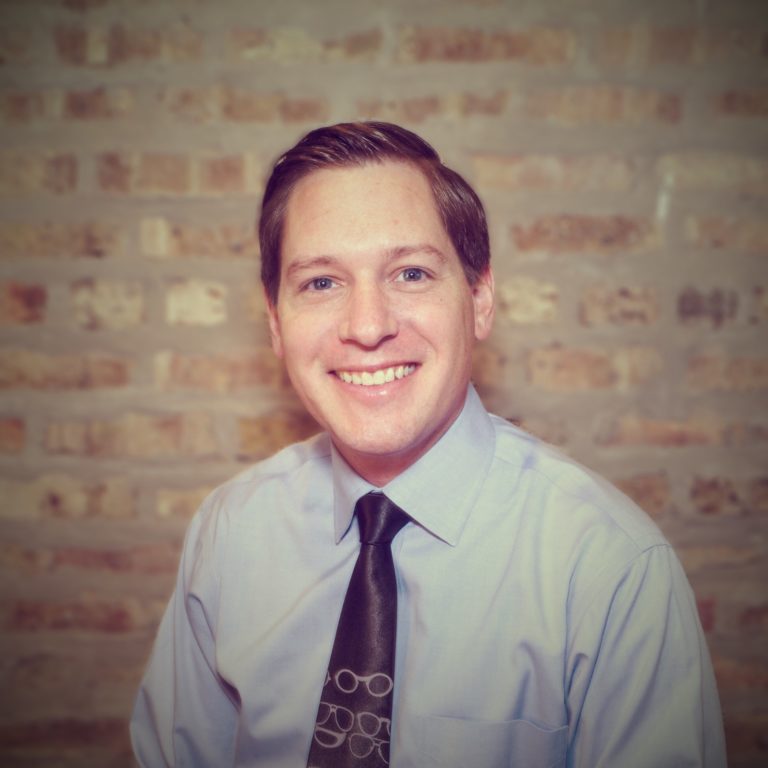 John is passionate about customer service and creating a friendly atmosphere for patients and staff. He strives to ensure that the office is a fun place to visit and anything but your typical visit to the doctor. John is certified by the American Optometric Association as a Certified Paraoptometric Assistant. He is also a member of the AOA Paraoptometric Section. John has lectured to optometry students on practice management and provides consulting services to new optometric offices.

John takes pride in volunteering his time both locally and internationally. John has served on the board of the West Lakeview Neighbors Association, is active in the Lakeview Chamber of Commerce and in his own neighborhood of Roscoe Village. In his free time, John enjoys sports, traveling and taking care of his family including dogs Chance and Lucky and children Madeline, Emily and Johnny. 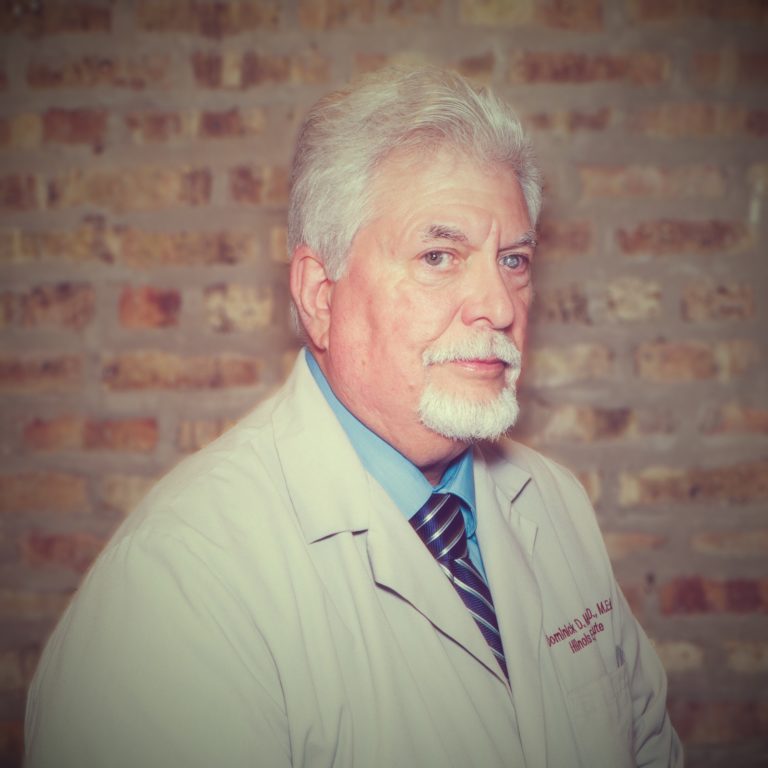 Dr. Maino is an Adjunct Professor of Pediatrics/Binocular Vision at the Centro Boston de Optometria in Madrid Spain, and the Director of the Developmental Disabilities IEI Service at Neumann Family Services. He is a Fellow of both the American Academy of Optometry and the College of Optometrists in Vision Development, and holds membership in the American & Illinois Optometric Associations, Neuro-Optometric Rehabilitation Association, and the Artists of Casa Italia. His recent activities includes presenting at the International Brain Injury Association meeting in Edinburgh, Scotland; the Victoria Conference for Pacific University and as a member of an expert panel at the American Conference of Pediatric Cerebral Visual Impairment which is sponsored by the Children’s Hospital, Omaha, NE. He is a founding member of the Pediatric Cerebral Visual Impairment Society. Dr. Maino has served as the editor for 2 professional journals, authored approximately 200 books, chapters, and articles. He is also a co-author of the technology column for the AOANews and is currently the associate, consulting, and/or contributing editor/manuscript reviewer for numerous publications. He has given more than 100 presentations worldwide. Lippincott, Williams & Wilkins has publish Dr. Maino’s latest book, Visual Diagnosis and Care of the Patient with Special Needs.

Dr. Maino has received recognition for his work from the Order Sons of Italy (Leonardo Da Vinci Award for Excellence in Medicine), National Academies of Practice (Distinguished Practitioner), Neuro-Optometric Rehabilitation Association, College of Optometrists in Vision Development, Optometric Editors Association, and the Easter Seal Society of Metropolitan Chicago. He is an internationally recognized expert on oculo-visual problems of children and adults with a special interest in the patient with special needs. His research interests include special populations, pediatrics, and binocular vision dysfunction. He is currently the spokesperson for the American Optometric Association on 3 D Vision Syndrome and has been interviewed numerous times (television, print media, radio, Internet) on this topic. Dr. Maino’s avocations include blogging (MainosMemos.com) , music (he recently sang tenor with the 90 voice Northwestern University Summer Choir under the direction of Stephen Alltop), photography (has exhibited this work in several venues in the Midwest). He is a budding connoisseur of the finer points of appreciating a good Single Malt Scotch (especially after a trip to Scotland) and is now aging his own time warped, micro-barrel, very small batch whiskey. (His latest whiskey blend includes rye, aged white-lightening whiskey (with toasted America/French Oak chips) with either hot peppers, Sicilian Blood Orange zest, and or cinnamon. 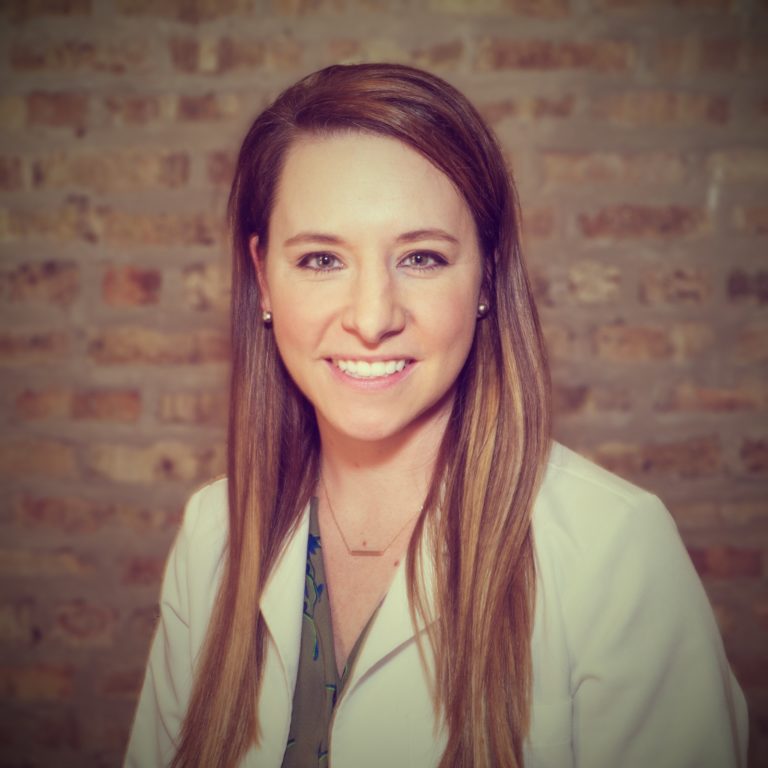 Dr. Frederick’s practice includes comprehensive eye care for the entire family, with special interests in pediatrics and the fitting of contact lenses. She is certified in the fitting of specialty contact lenses, and is also certified to use medications in the treatment of eye conditions such as glaucoma and dry eye disease. Dr. Frederick is a member of the American Optometric Association and the Illinois Optometric Association. In addition to her passion for optometry, Dr. Frederick enjoys playing tennis, running on the lakeshore path, and cheering on the Chicago Blackhawks. She recently welcomed a daughter, Vera, to her family. 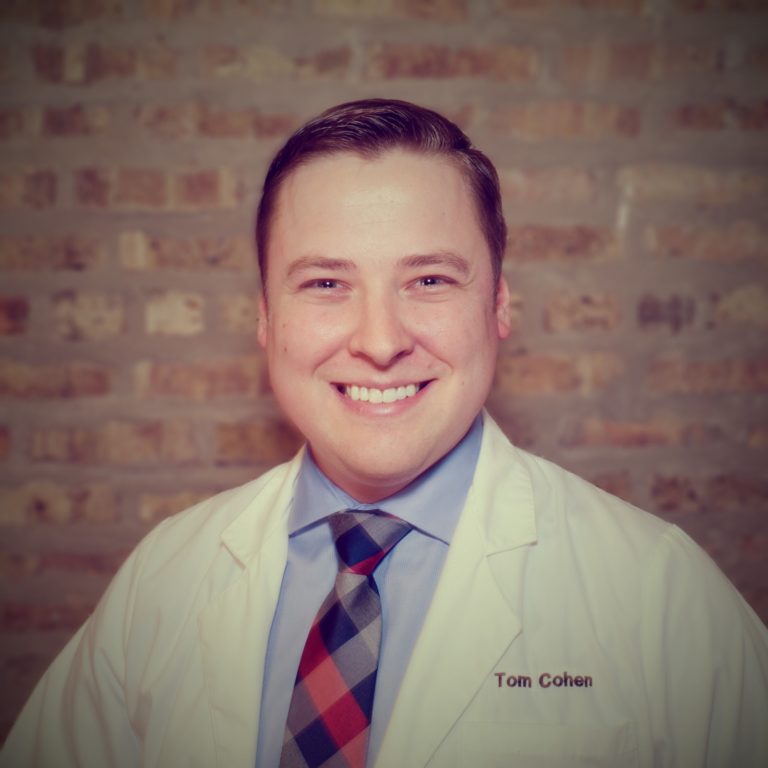 Dr. Thomas Cohen is an associate optometrist at Lyons Family Eye Care. He grew up locally in the northwest suburbs of Chicago. Dr. Cohen studied economics at Southern Illinois University before joining Lyons Family Eye Care as an optician in 2012. His passion for patient care then led him to pursue his Doctorate in Optometry from the Illinois College of Optometry. While there, he focused his studies on pediatrics, binocular vision, vision therapy and myopia control.

Dr. Cohen provides comprehensive eye care to his patients and stays up to date on the newest technology and research within optometry. In his spare time he is an avid Chicago sports fan rooting for the Bulls, Bears, Cubs and Blackhawks. He also enjoys reading, traveling and cooking. He can be found volunteering at the Buddy Foundation animal shelter on his days off. Fun fact – Dr. Cohen is Dr. Lyons’ brother! 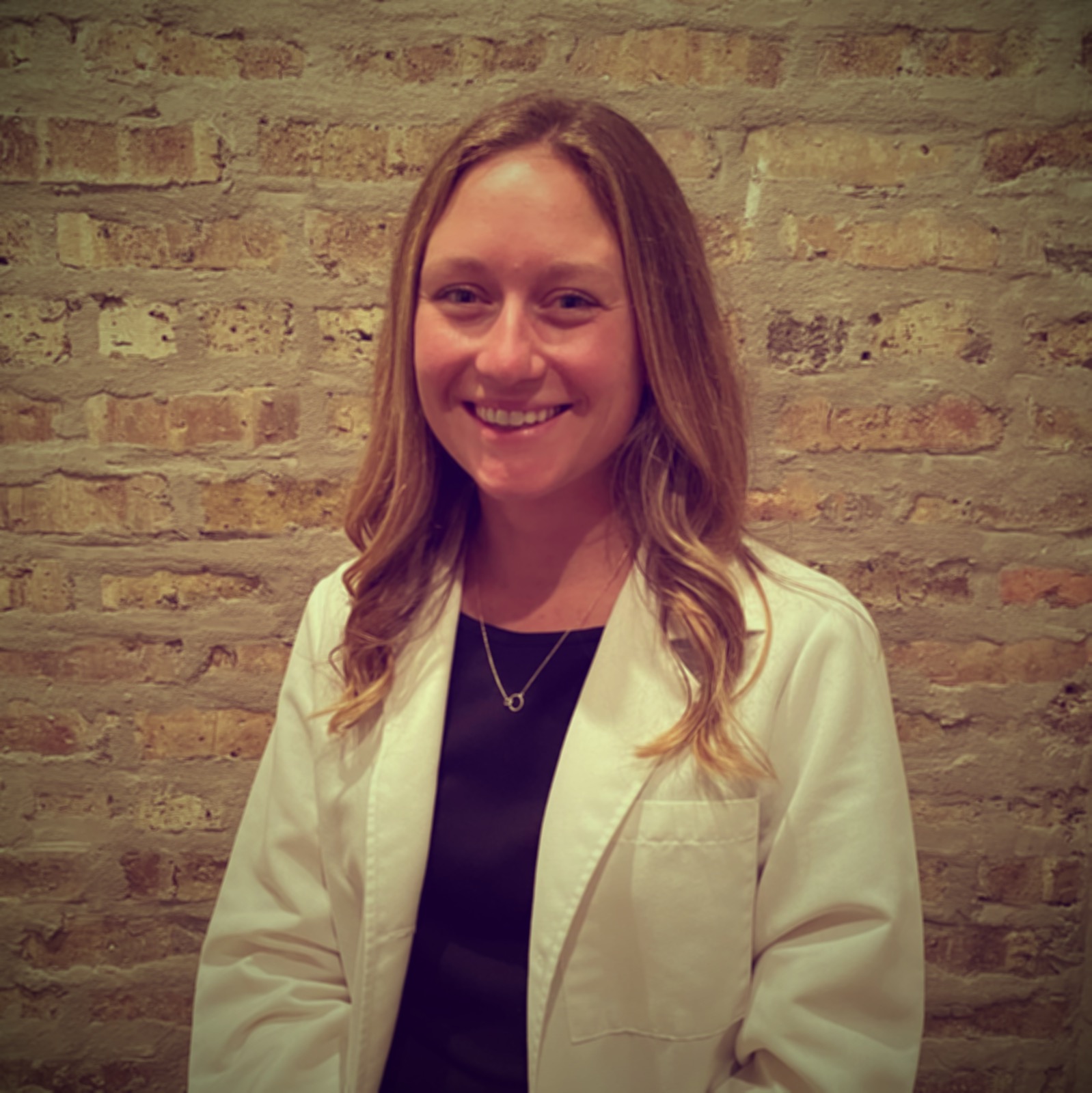 Dr. Kathryn Werner is an associate optometrist at Lyons Family Eye Care. She attended the University of Virginia where she received her bachelor’s degree in history. She then earned her Doctor of Optometry degree from the State University of New York, where she was a member of the Beta Sigma Kappa Honor Society. After receiving her doctoral degree, she completed a residency in primary eye care, vision therapy, and low vision rehabilitation at Northport Veterans Affairs Medical Center in New York.

Dr. Werner worked as a pediatric optometrist in New York City and as an associate optometrist in San Francisco focusing on corneal disease and specialty contact lens fittings before relocating to Chicago in 2021. She is a fellow of the American Academy of Optometry. Dr. Werner enjoys practicing all aspects of optometry and is especially passionate about pediatrics and vision therapy. In her spare time, Dr. Werner enjoys traveling with her fiancé, hiking in the Adirondack mountains, downhill skiing, volunteering, and spending time with family and friends. 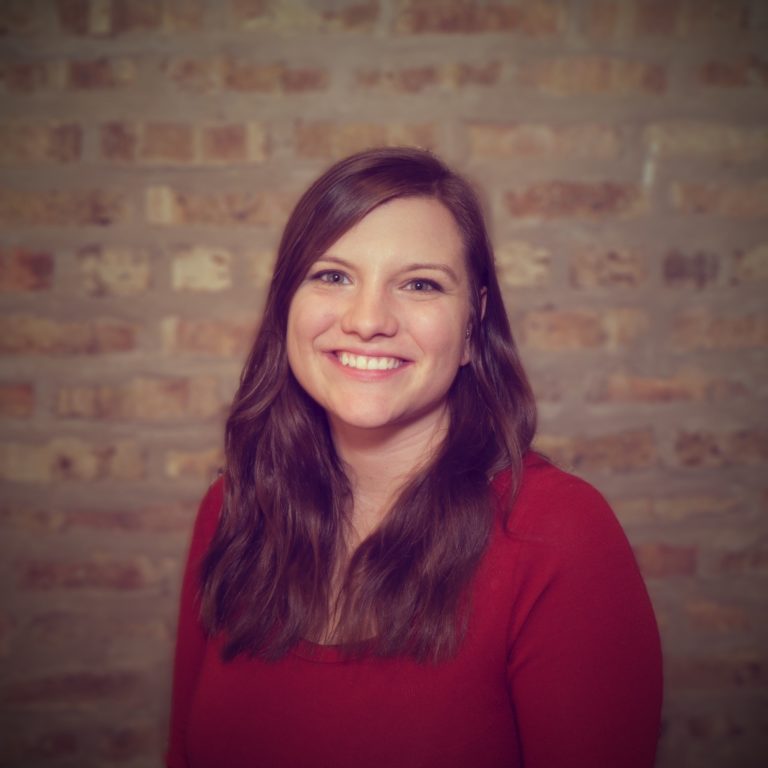 Jade Wesp moved to Chicago in 2008 from her hometown of Rochester, New York. She is a certified massage therapist, doula and children’s yoga instructor with over 10 years of experience in childcare and health and wellness. Jade is happy to be combining her passion for child development and her passion for health in her work as a vision therapist at Lyons Family Eye Care. Jade also enjoys drawing, playing piano, traveling, cooking and spending time with her friends and family (including her 2 cats, Kit and Davy Jones). 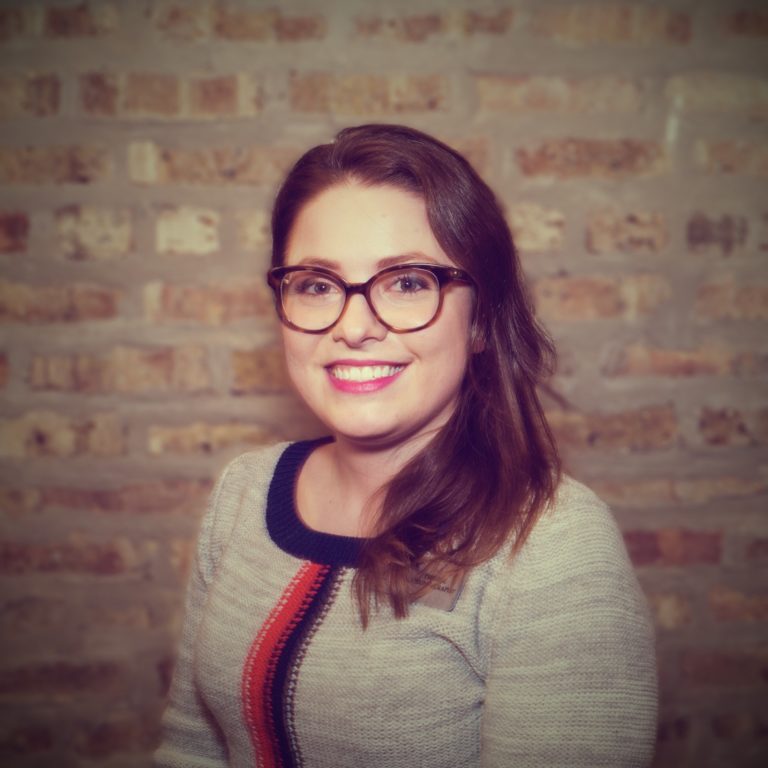 Phoebe was born and raised on the East Coast. She graduated with a BA in Theater from Temple University in 2010 and has been a proud Chicagoan ever since! She is very happy to have found a home at Lyons Family Eye Care as a Certified Optometric Vision Therapist. She enjoys working one on one with, and making a difference in the lives of all of her patients; most especially children. In addition to many creative endeavors she pursues, Phoebe loves traveling, watching the sunset, and being a human pillow to her two incredibly adorable dogs: Ninja and Bijou. 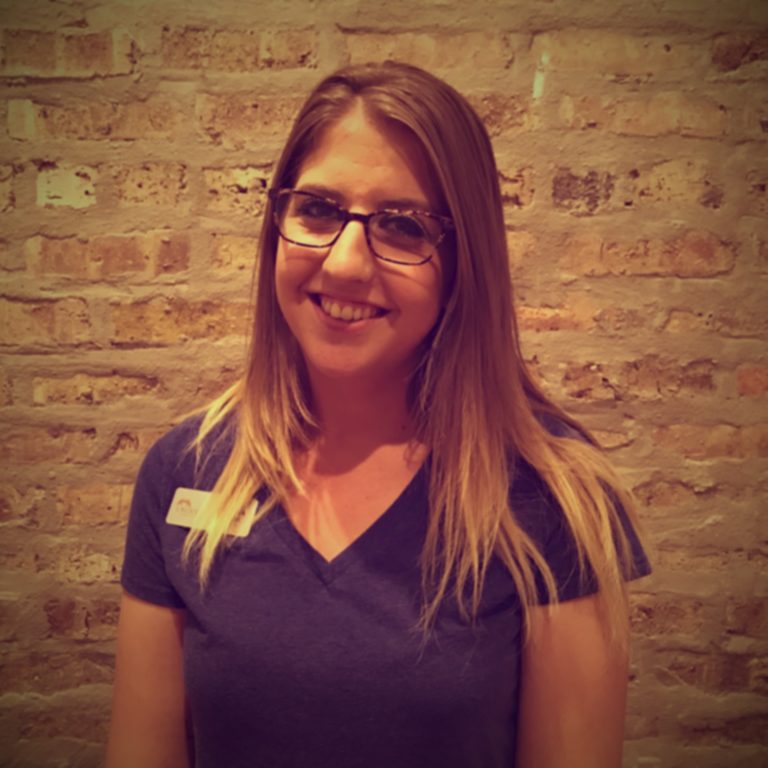 Kallindra was raised in Northwest Indiana, but has lived in Chicago since 1999. She comes to us with a strong customer service background, and since starting her career in Optometry in 2017, her focus has been in optical sales and management. She is an avid Chicago sports fan, and also enjoys spending her time crafting, and exploring the city with her husband. 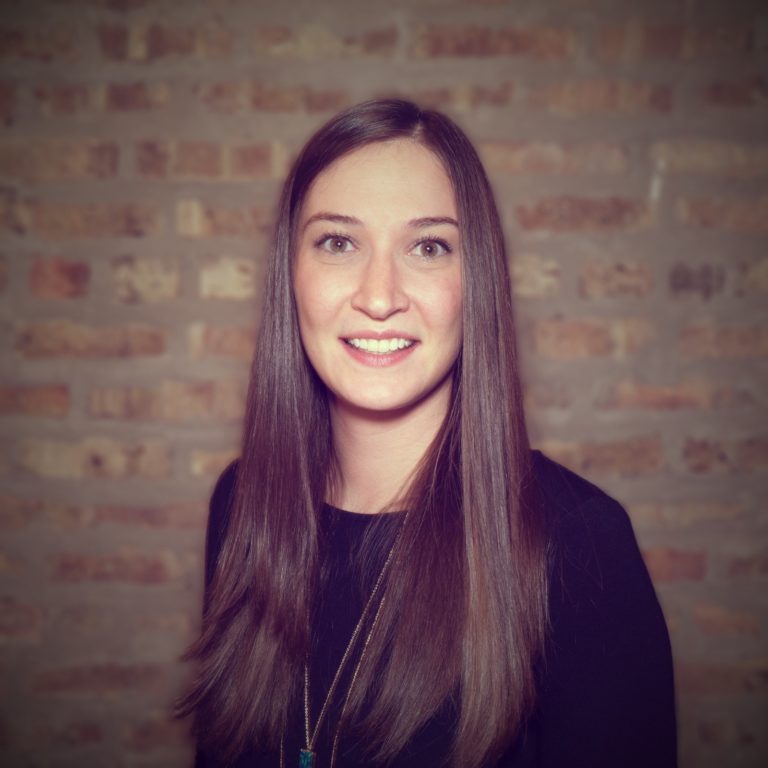 Hayley Wathen is the optical manager at Lyons Family Eye Care and has been working in the optical industry since 2005. She moved to Chicago from the south suburbs where she was born and raised. She has an associate’s degree in applied science and is a certified massage therapist. Hayley is certified by the American Optometric Association as a Certified Paraoptometric. When not working, Hayley enjoys watching live music and hanging out with friends. 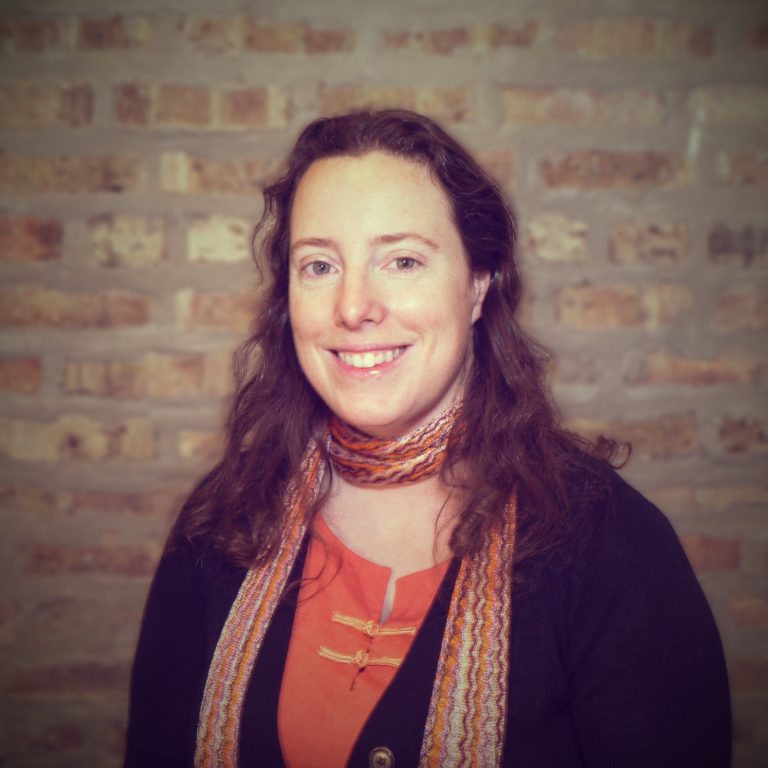 Elizabeth has been a board-certified optician since 2012, working in Minneapolis and Chicago. She is originally from Michigan, where she was an English/ESOL teacher, stage technician, and co-founder of Flint City Theatre, a nonprofit community organization. In her spare time, she daydreams about chemistry and puppies, but not at the same time. 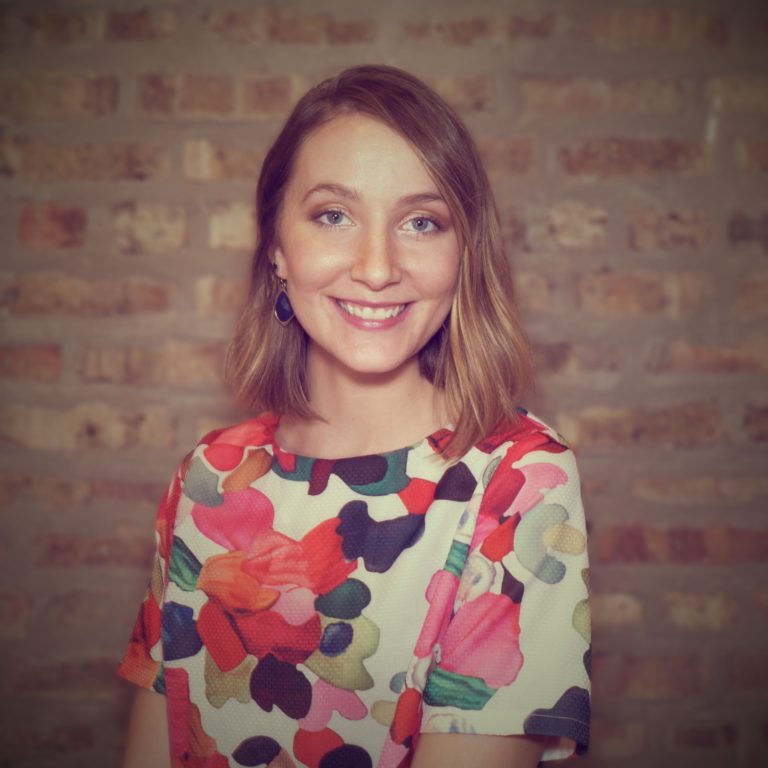 Alexanna is an optician at Lyons Family Eye Care and studying photography at Columbia College. She has been working in the optical industry since 2012 and is interested in the inseparable correlation between the eye and the camera. In addition to operating her own photography business, Alexanna enjoys practicing yoga and outdoor bike riding in her free time. 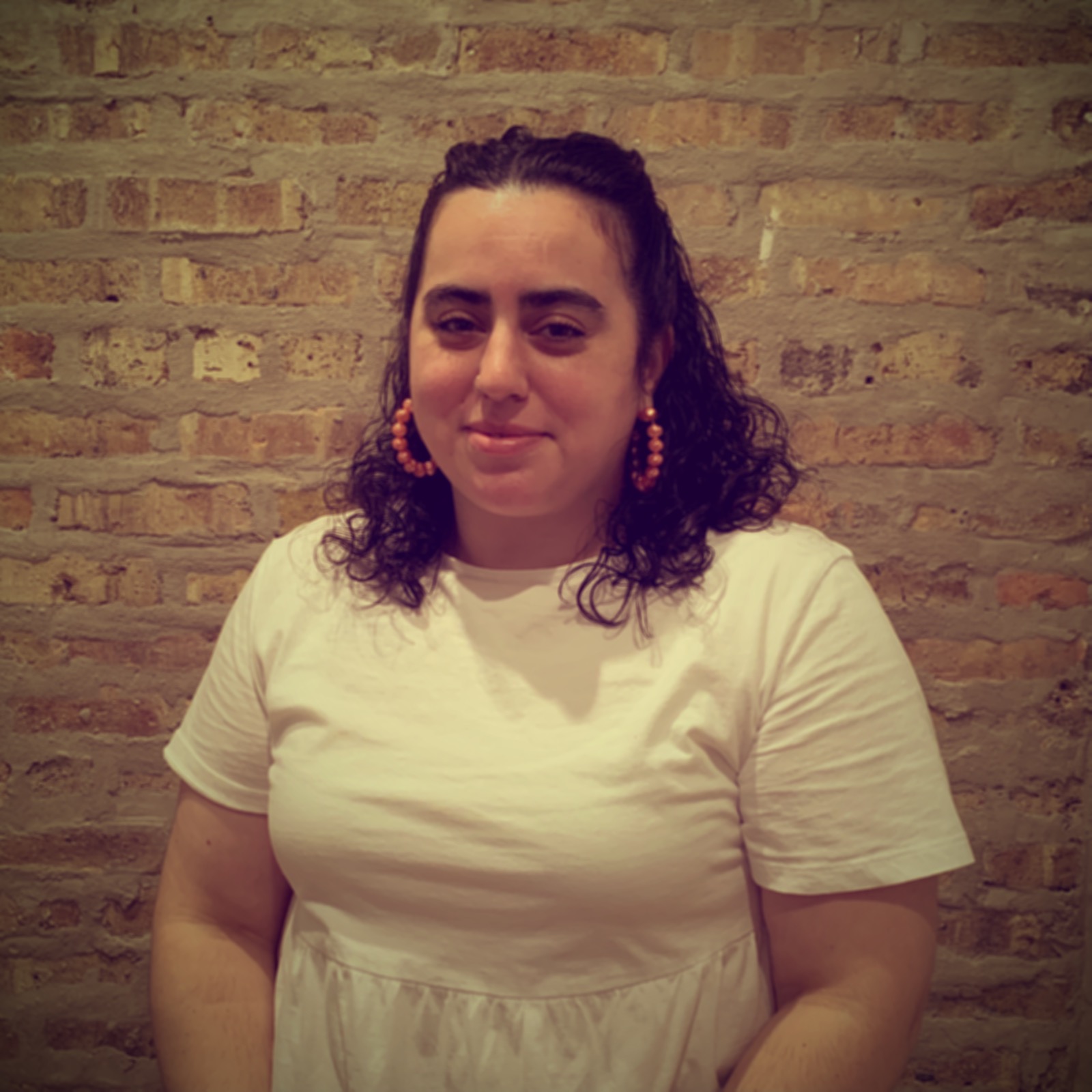 Toni is originally from Missouri but has lived in Chicago for over ten years. With a decade of optical experience and an ABO certification, her experience and dedication to the industry makes her a perfect fit for Lyons Family Eye Care. Outside of work Toni has interests in interior design and indoor gardening. When not creating beautiful spaces in her home, Toni is taking care of her rescue dog Noona and creating Vegan friendly recipes for her family. 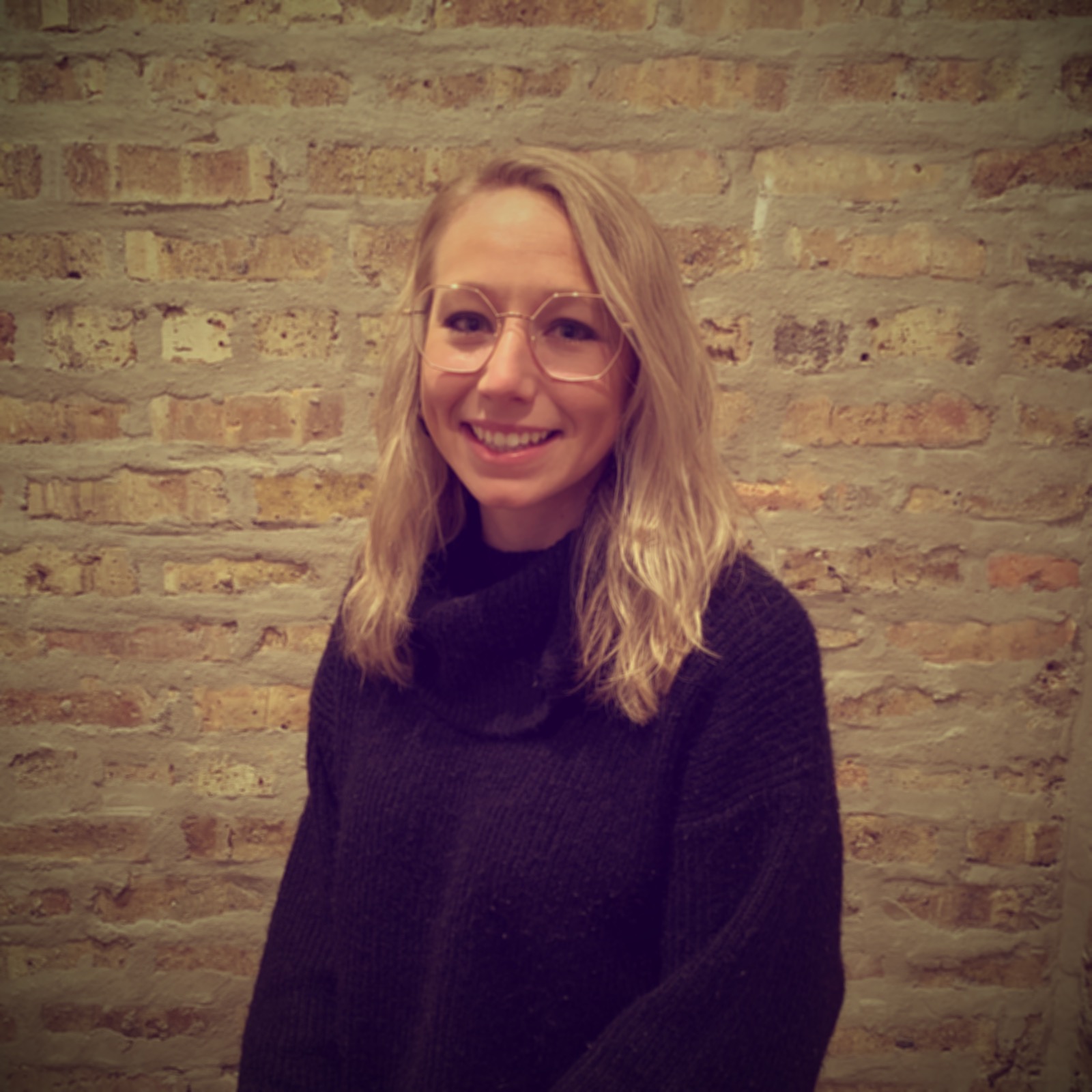 Alyssa is a Texas native and moved to Chicago in 2018. While she is new to optical, she has quickly found a passion for helping patients pick out the perfect pair of frames. She especially enjoys seeing first time wearers face light up when they see for the first time through their lenses. When Alyssa is not with her Lyons family you can find her walking around the city with her Great Dane, Rue. She loves to travel, hike, and enjoy the beautiful outdoors! 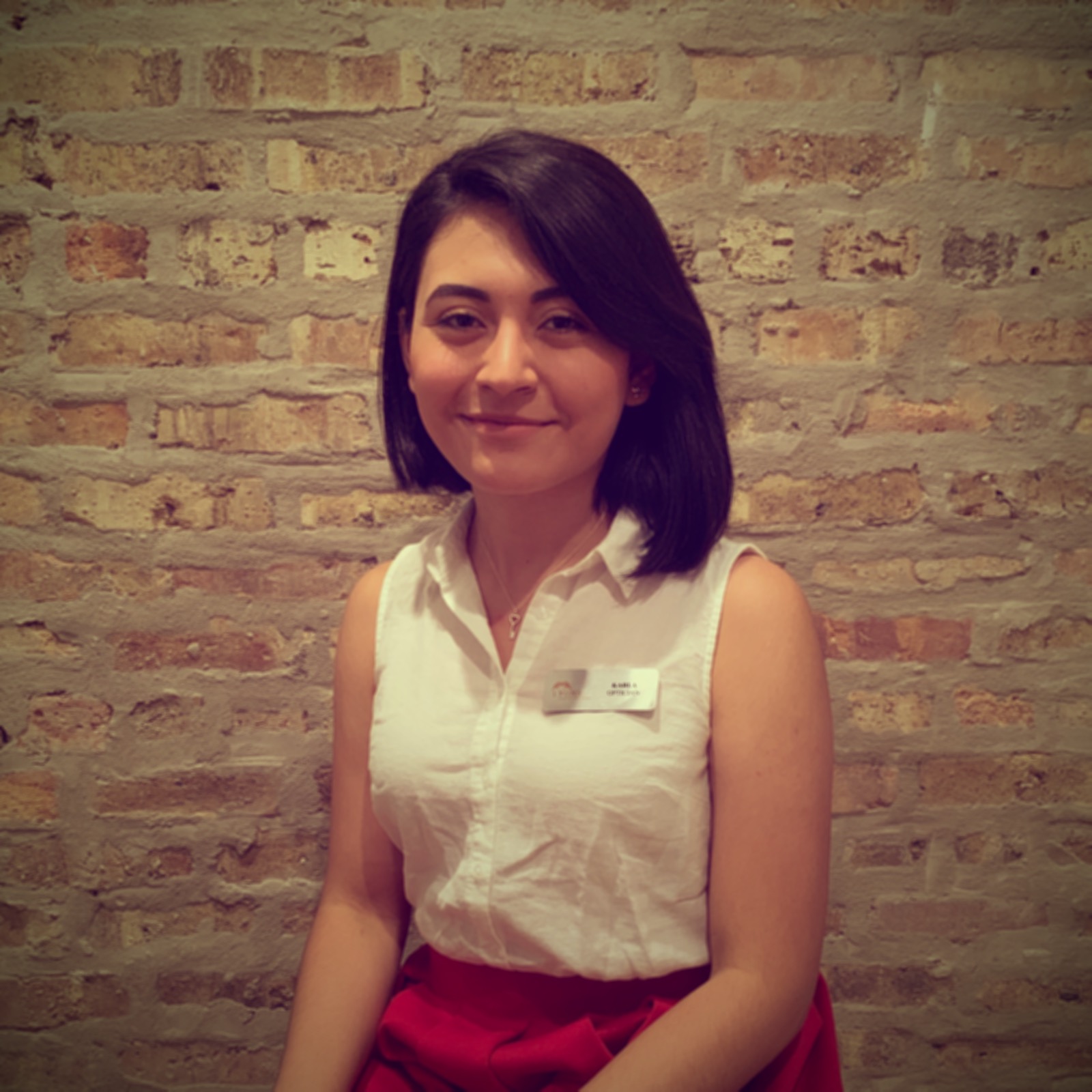 Karla grew up in El Salvador and also in Northwest Arkansas. She moved to Chicago in 2017. She has B.A. in Biochemistry and Molecular Biology from Hendrix College, and hopes to pursue a medical degree in the future. She has been working in optical since moving to Chicago and her favorite part about being an Optician is helping patients find a frame that they absolutely love. When not working, she likes to watch movies with her husband Jose, and walking her dog Blue. 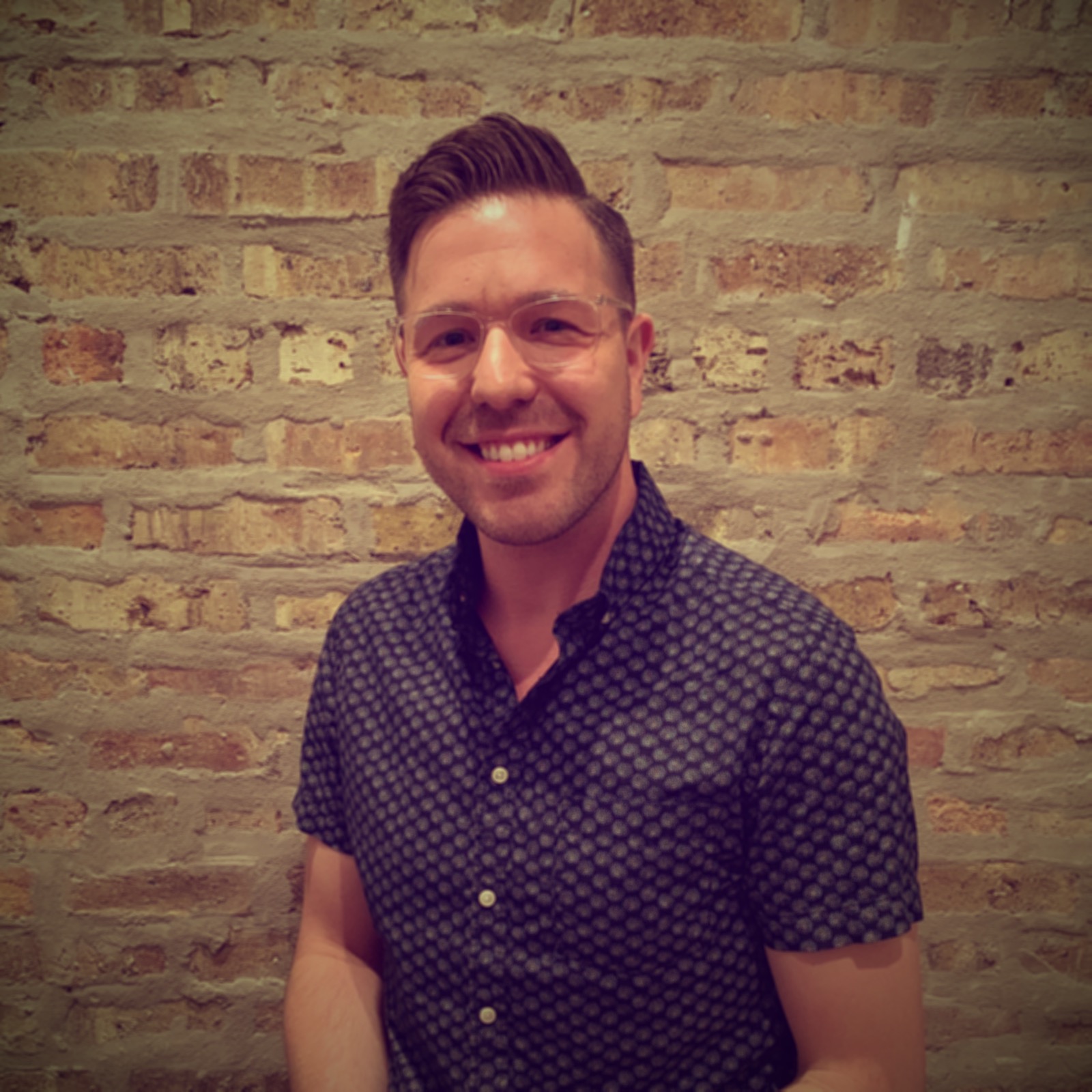 Nick grew up in Lockport, IL and moved to Chicago in 2017. Nick has enjoyed working in the optical industry since 2009 and is so happy to be a part of the LFEC Family. One of the things he loves most is being able to help patients feel and look great in the perfect fame! Nick, also known as Nicholas Ray, works as a singer and currently performs weekly in Chicago’s pop cover wedding band, Hey Jimmy. Nick also teaches private voice lessons. In his spare time, Nick loves jogging down by the lake and spending time with friends and family. 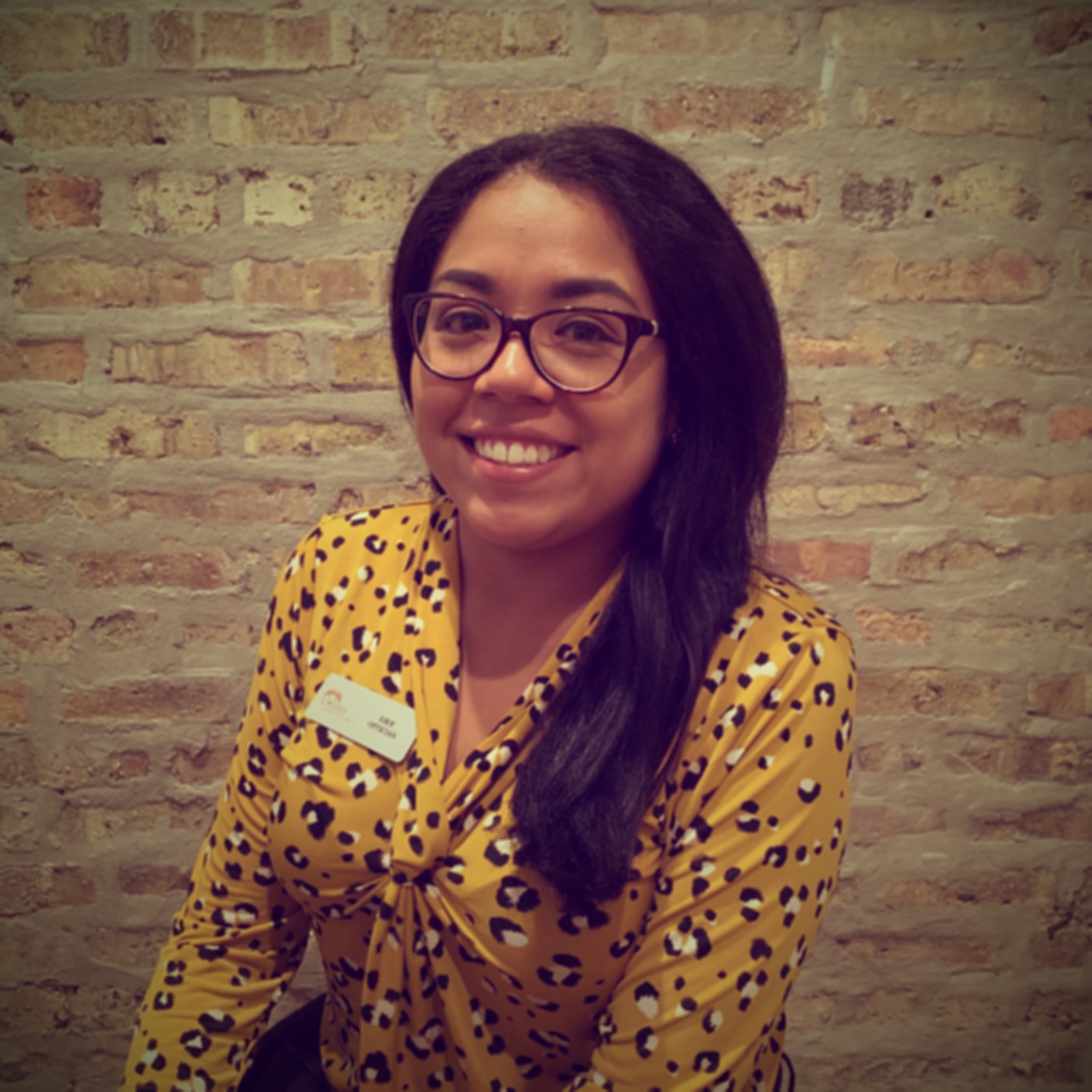 Lily is originally from Mexico City, but she moved to Chicago as a small child, and has been living here for the last 20 years. She speaks English and Spanish fluently, and has an Associate degree in Arts. She has been in the optical industry since 2017, and her favorite part of the job is when patients pick up their glasses and love the finished product! In her free time she enjoys traveling, going to Wrigley to cheer for her favorite team, the Cubs, but most of all loves spending time with her dog Walter, and her husband Jose. 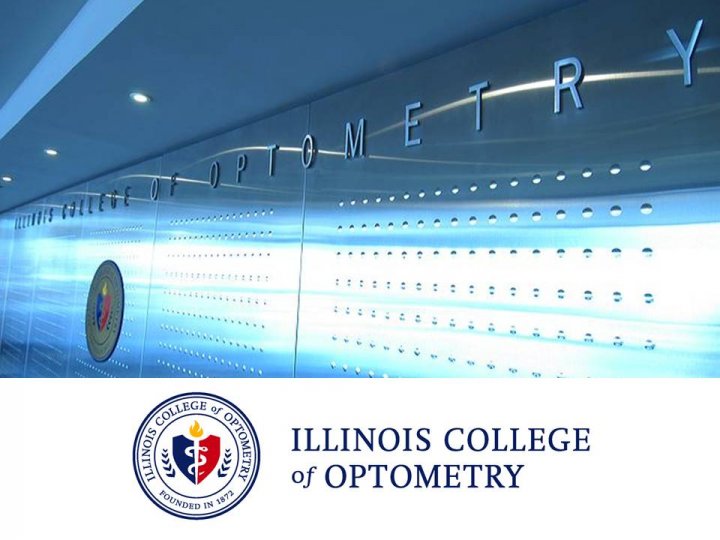 Lyons Family Eye Care is also proud to be a part of the Illinois College of Optometry (ICO) externship program. The externship program involves fourth year optometry students completing rotations at sites across the country.

Lyons Family Eye Care provides these students with hands on experience in the areas of primary care, contacts lenses, pediatric eye care, vision therapy, and practice management. We take pride in giving back to the profession and in helping to train the eye doctors of the future!

Are you looking for an online appointment?